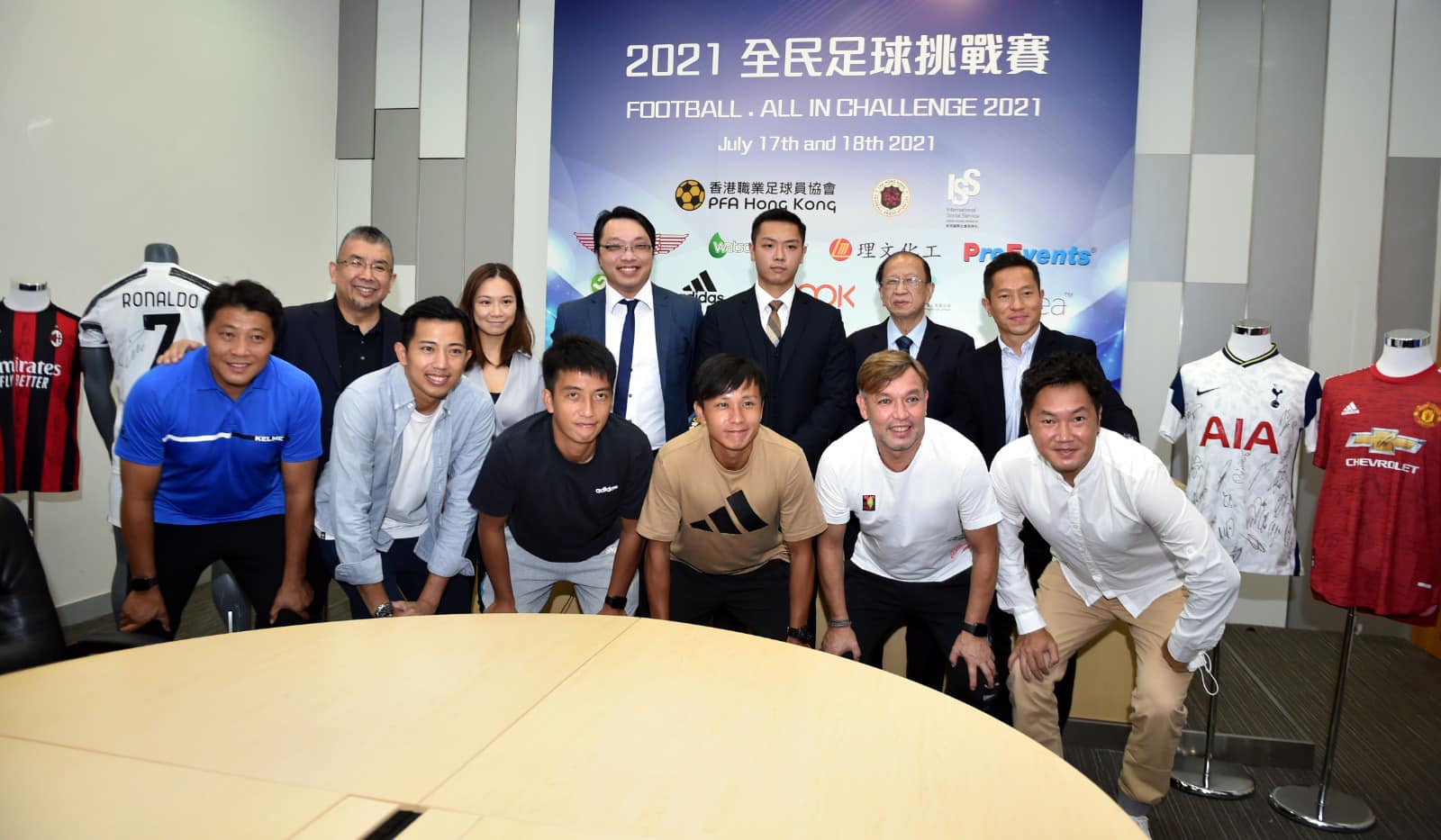 At long last, Hong Kong players have a union to represent them. The Professional Footballers Association of Hong Kong will provide collective bargaining facilitation, career advisory and legal assistance services to current and former players.

The Professional Footballers Association of Hong Kong held their introductory press conference on Monday after many years of tribulation. South China legend and PFAHK co-founder, Chan Chi-hong, had promised to establish a players union during his board of directors election campaign two years ago and explained to reporters why the formation of a union was necessary.

“Players need a union more than ever to unite the football industry and to serve as a bridge between the clubs and the players,” he said on Monday. “In the event of an emergency, the PFAHK will try to provide financial aid to the players and to help players transition after retirement.”

Chan stressed that both the Hong Kong Football Association and the clubs are supportive of the players’ union but reiterated that the PFAHK is not a trade union, per se. He added that the PFAHK is registered as a limited company and is fully independent from the HKFA.

“You can see behind me that one of the sponsors of the (Football. All In 2021) tournament (Lee Man Chemical) is a listed company,” he said, while pointing to an advertisement banner. “Our job is not to collectively bargain for higher wages on behalf of the players nor is it to be confrontational. Our mission is to educate and support the players, and to deal with any labour relations issues that may arise between employees and management so that the relationship between the two can become closer.”

According to the PFAHK’s webpage, the union seeks to “improve the overall welfare of the professional footballer community in welfare, development, representation and collective bargaining facilitation, advisory and legal assistance…” Chan admitted that the union would not be powerful enough to prevent clubs from folding but hoped that the creation of an emergency relief fund could help players to tide over their difficulties.

The PFAHK was formally established in March and due to its relatively new status, there are only ten current members. However, membership is open to any player who is professionally contracted in Hong Kong, any former players who have been contracted, or anyone who has worked in any profession within the football industry. A number of current and ex-players including Lo Kwan-yee, Lam Ka-wai, Poon Man-tik and Zesh Rehman attended Monday’s event in order to show their support.

Southern keeper Steven Tse Tak-him said that while he has not officially joined the PFAHK, he supports the establishment of the union. “Everyone knows about the disputes between players and management that are ongoing at the moment. But there is no one out there to speak up for the players so the players have no leverage,” Tse described. “It’s rare that anyone will raise their voice to support their fellow players so if someone needs help, I’m ready to lend my support.”

Great step forward. I can not praise the work of the @thepfa enough in Australia. Look forward to the pfa in Hong Kong breaking down barriers and help support players in Hong Kong. Long overdue.

Football. All In Challenge 2021

The PFAHK also announced on Monday that their first project will be to co-organize a charity football tournament next month in conjunction with the HKFA. The Football. All In Challenge 2021 as it is called will take place 17-18 July and will feature seven age groups ranging from men over 45 down to U14 boys, along with a women’s group. According to the HKFA’s press release, registration is open to everyone and as many as 404 teams and 4,000 players are expected to participate.

Chan stated that the event had been in the works for over a year but planning had been delayed by the pandemic. He said that the goal was to make the competition an annual event and that the International Social Service Hong Kong Branch would be the beneficiaries of the proceeds.

“The main purpose of the tournament is to raise funds to provide aid to players who’ve been affected by the pandemic,” Chan said. “At the same time, the tournament will provide an opportunity for players of different ages to interact and foster harmony amongst the football community.”

Chan Chi-hong is a co-founder of the PFAHK. (Credit: HKFA)

Pui Kway-kay, the chairman of the HKFA, said that although his organization is not the main organizer of the event, the HKFA would still give their full backing. “Even though the HKFA won’t be in charge of raising funds, contacting charitable organizations or distributing the funds, we will assist them in booking venues, arranging for referees and providing manpower to support them,” he said.

The chairman added that he hopes that fans will rally in support of the initiative. “The situation with the Premier League has been difficult this season and many players have lost their jobs as a result,” Pui said. “The reason we are organizing this tournament is to bring the football community together but also, at the same time, raise some money to help the players out.”

Kam Wai-ming, CEO of ProEvents, an event management company which has organized the Premier League Asia Trophy in the past, was named as a co-founder of the PFAHK. He told reporters that the goal of the event is to raise $2.5 million from registration fees, signed football shirt auctions and donations.

“The operating cost of the event will be $500,000 so we hope to use the remaining $2 million to help as many players as possible,” Kam said. However, he added that details regarding eligibility for financial aid and the amount of payment per player would not be finalized until late July.

Signed shirts, including those by Zlatan Ibrahimović and Cristiano Ronaldo, will be auctioned off as part of the fundraising drive. (Credit: Zesh Rehman)