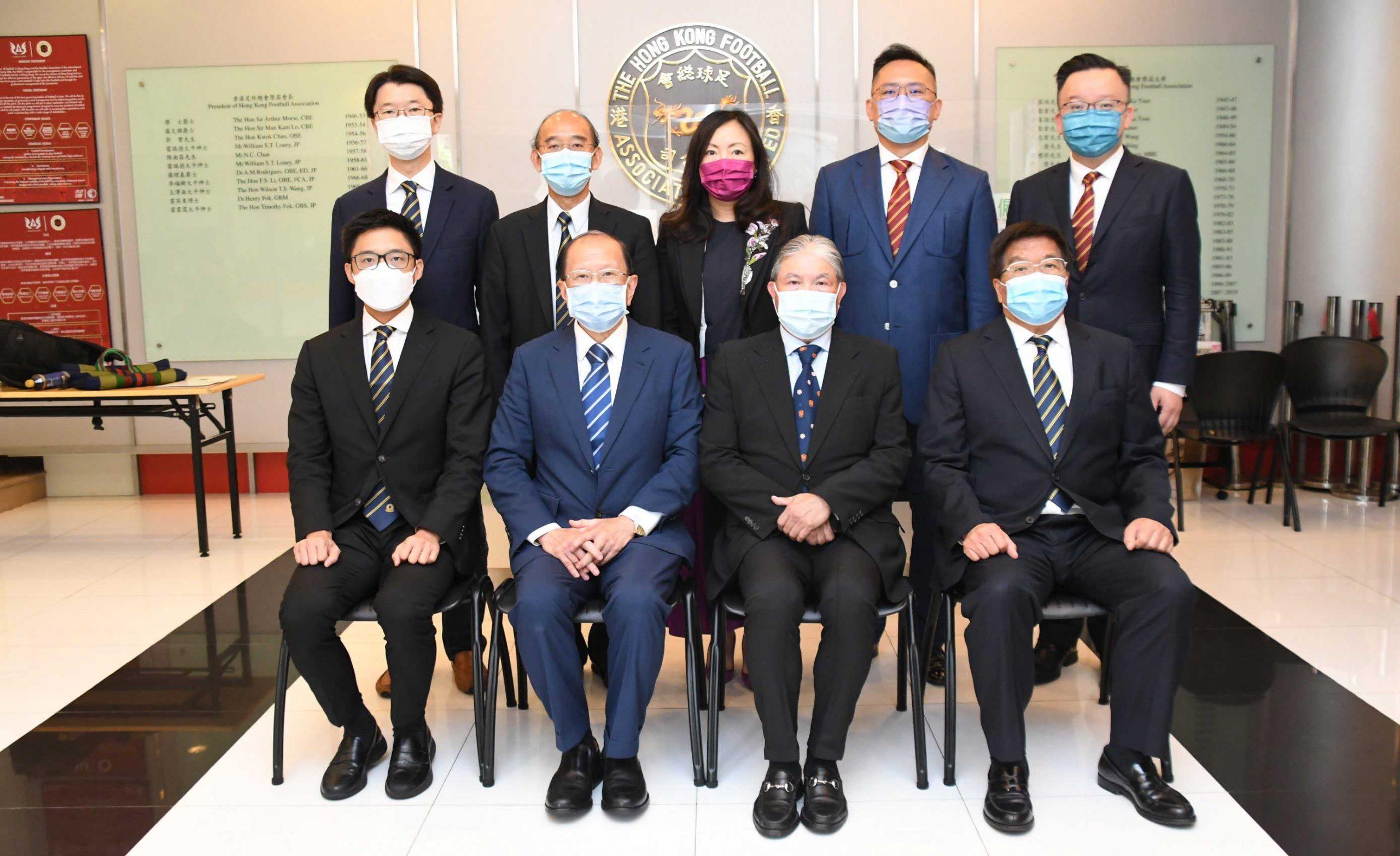 Imagine if this was just another day at the HKFA.

It is a day that usually carries little fanfare and almost no attention. It is the day that the victors of the Hong Kong Football Association’s board of directors’ elections are sworn in.

Yet, Friday was anything but a ceremonial occasion for HKFA chairman Pui Kwan-kay and general secretary who faced a barrage of questions from reporters about the direction of the Premier League, Hong Kong team manager Mixu Paatelainan’s future and reports of low morale at the organization.

One day after Happy Valley announced that they would withdraw from the Premier League, Pui confirmed that it was unlikely for there to be more than seven teams in the top flight next season.

“Last season, Resources Capital wanted to go up but this year, it seems that no First Division clubs have inquired about promotion,” he said, while pointing a finger at the pandemic for the lack of interested investors. “But the role of the HKFA is passive. We are the organizers of the league, not the operators of any of the clubs. There’s nothing we can do to solve their financial difficulties.”

The chairman agreed that the format of the league could change to a triple round-robin and that the Senior Shield could be reinstated next season. He stated that the board would hold its next meeting on the 15th but added that the HKFA would meet with the Premier League clubs before then.

“No matter how many clubs there are, we will have a league next season. Things have not gotten so bad that we need to cancel the Premier League,” he joked. “There are six clubs who are in the process of forming their squads for next season.”

The number six is noteworthy as it means that at least one club, in addition to Happy Valley, are having cold feet about continuing in the Premier League next season. Offside has been told that two clubs – Pegasus and Rangers – are reconsidering their participation on the top flight next season.

Pegasus are facing financial difficulties of their own after failing to pay their insurance premiums in a timely manner last season. However, the club’s boss Steven Lo ominously warned last year that the 2020-21 season could be his last if “…upper management at the HKFA has not changed.”

In the recent HKFA board election, candidates who had pledged to reform the HKFA were backed by both Pegasus and Rangers. But these candidates included Pegasus CEO Peter Tam and Michael Mok, the son of Rangers chairman Peter Mok, were trounced in the election by pro-establishment candidates. These results are believed to have caused Pegasus and Rangers to consider their positions for next season and this uncertainty has led at least one player who was considering Rangers to sign with another club. 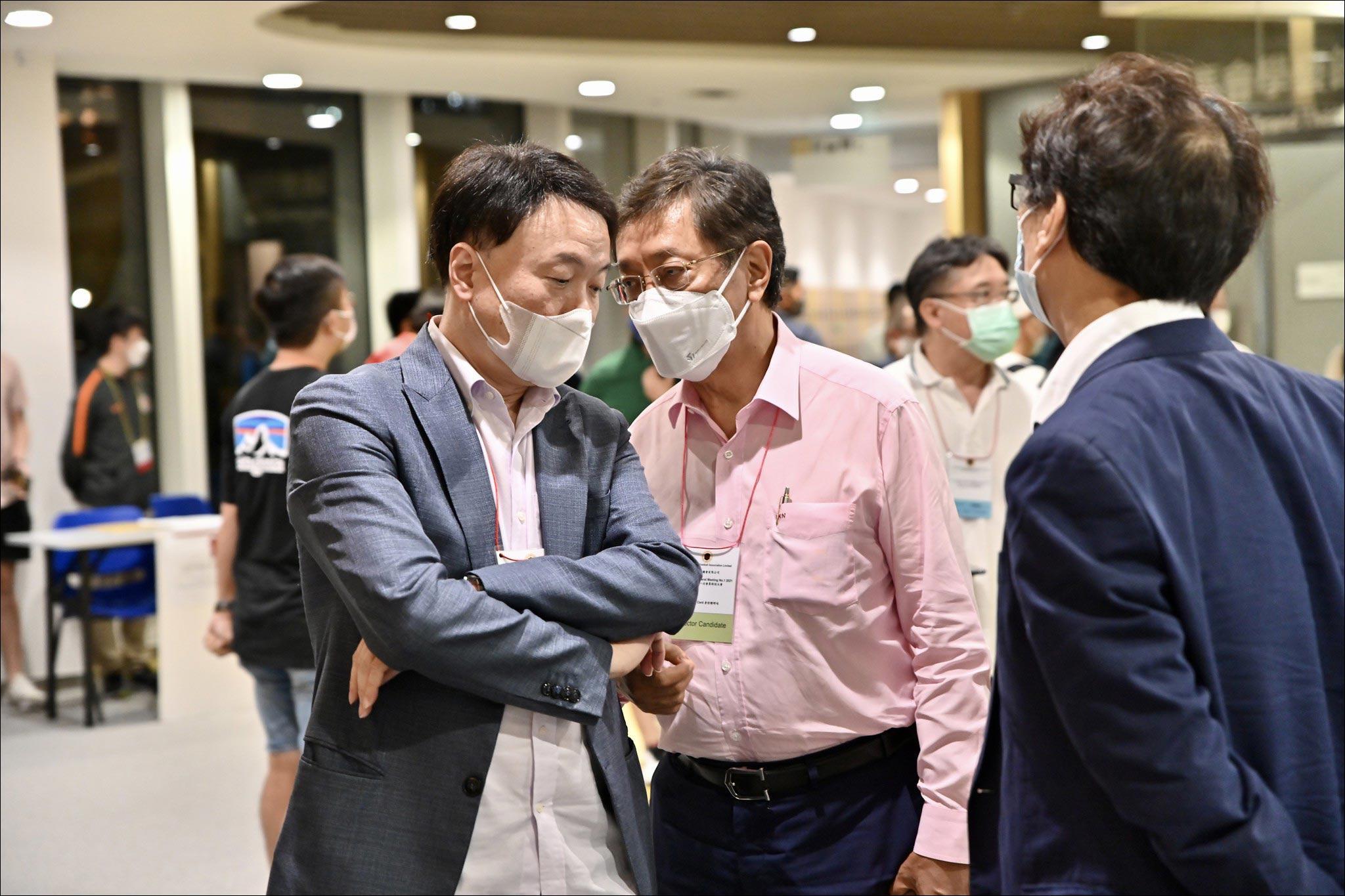 Greater Bay Area league not in the cards for now

Suggestions of expanding the Premier League to include teams from Guangdong Province has been floated around ever since former HKFA chairman Brian Leung first pitched the idea to the Legislative Council in 2018. The idea was immediately met with resistance from those who feared that the idea would dilute the Hong Kong identity of the Premier League.

When asked about the idea, Pui admitted that the idea not on the table at the moment.

“There hasn’t been a formal feasibility study of a Greater Bay Area league because the demand isn’t there right now and the idea is still very much conceptual,” he said, while refusing to dismiss the idea outright. “This is one solution (to attract investment), but we can’t wish it into existence. It’s necessary for the border to reopen first and then after, we need to co-ordinate with various cities in Guangdong Province before we can move on this.”

After telling reporters on Monday that Hong Kong team head coach Mixu Paatelainan would need to reapply for his position, Pui explained to reporters why this was the case. “The board of directors do not have any particular criticisms of his work. But the board cannot make any rash decisions,” he argued.

Reporters followed up by asking why Pui whether the HKFA was wasting valuable time and resources by opening up the recruitment process. In response, Pui stated, “The contract for the head coach is a two year commitment. If he’s doing a bad job, the government will have opinions about our decision and they will not allow us to hire someone else. After two years, we need to reapply for funding from the government and we must conduct an annual performance review. The government have not even committed funding for the position yet.” 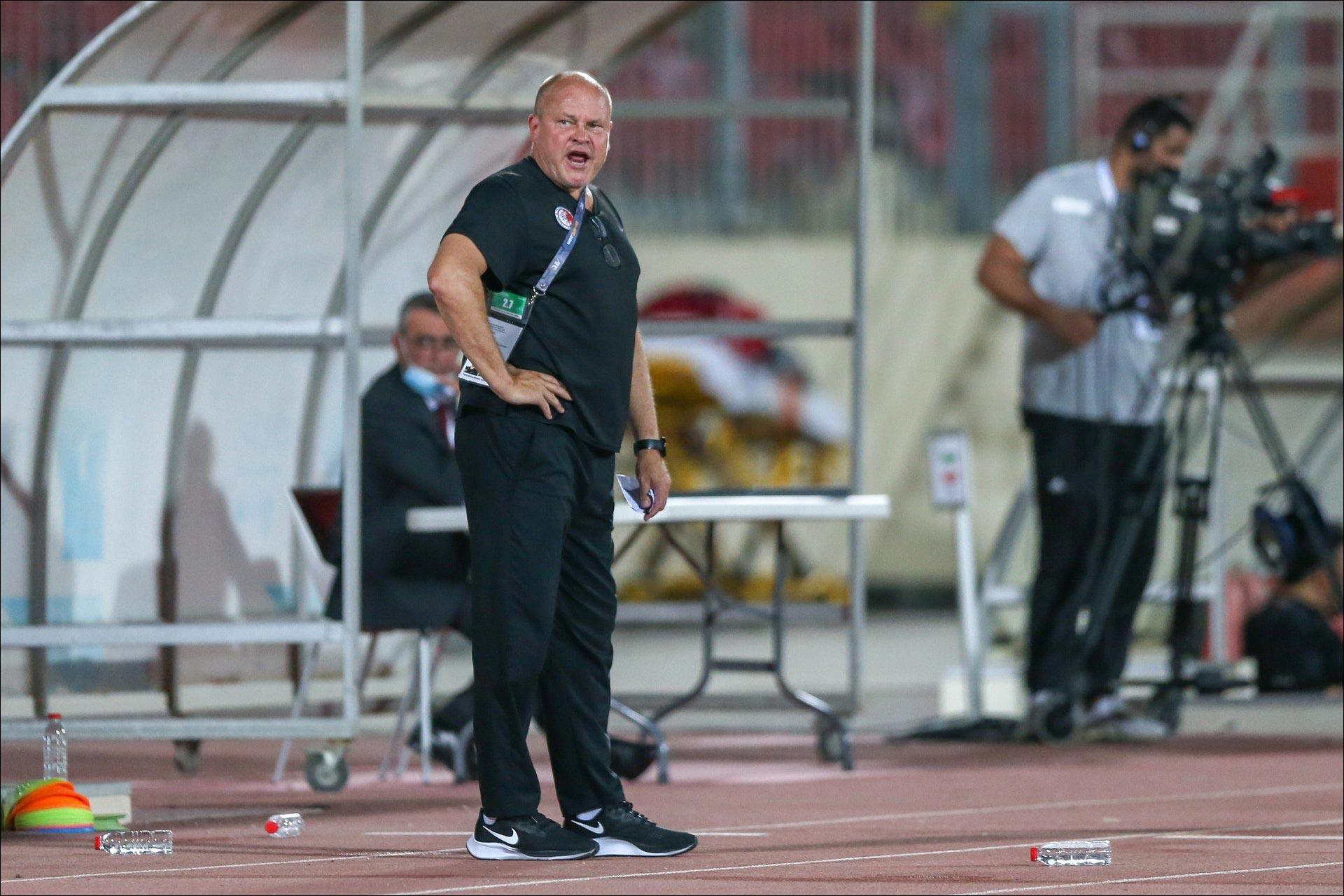 Paatelainen is currently in Russia serving as a technical observer for UEFA. (Credit: HKFA)

Low morale at the HKFA

On 30 June, various employees at the HKFA were informed that they would not be retained on what was the final day of their contracts. These employees include senior staff within the IT department and Mark Sinclair, the operations manager of the Football Training Centre. Some of the employees affected have been with the HKFA for over ten years and some served multiple roles within the organization.

It is understood that although some employees whose contracts have expired are continuing to work without a new contract, this incident has led to a wave of resignations by staffers who quit upon the expiry of their contracts. Morale is believed to be low at the organization, whose high turnover rates were criticized in the Audit Commission’s report last year.

Vincent Yuen, the HKFA’s general secretary, denied that morale was low but conceded that there was a manpower shortage. “From last year on, there have been a lot of staff who’ve decided to move on,” he said. “So, in the meantime, one person has had to take on the work of two or even three people.

“I don’t see any problems with morale. Everyone is hard at work. We will replace those who’ve left and as long as the newcomers can hit the ground running, I don’t believe there will be problems.”

The secretary refused to rule out a restructuring of the organization once a consulting firm completes their audit of the HKFA’s internal structure in mid-August. Yuen stated that some jobs could be merged, and personnel could be transferred as a result but reassured that no decisions have been made.